When offered a chance to save his soul at a Texas church last weekend, Alexander Hamilton didn’t waste his shot.

During a lightly adapted production of the hit musical hamilton at The Door Church, a large, diverse congregation, the main character bowed his head, closed his eyes, and gave his life to Jesus.

“What is an inheritance? said the actor playing Hamilton, according to a recording of the show obtained by Religion News Service. “It is knowing that you have repented and accepted the gospel of Jesus Christ that sets men free.

There was just one problem. The church had no right to perform hamilton or post videos of a performance online.

“hamilton does not grant any amateur or professional licenses for stage productions and has not granted any to The Door Church,” a spokesperson for the musical told RNS in an email.

After learning about the unauthorized performance on social media, the producers of hamilton sent a cease and desist letter to the church, asking them to remove all videos and other images from the Friday performance. The producers told the church they could hold a performance on Saturday, provided the performance is not recorded, no footage from the event is posted online and no additional production is released. stage.

According to a statement from the producers, they plan to discuss “this matter with the parties behind this unauthorized production in the coming days once all facts have been properly verified.”

Written by actor and composer Lin-Manuel Miranda, hamilton reimagines early USA with a diverse cast and a hip-hop inspired score. The musical debuted in 2015 and has become a pop culture juggernaut.

A staff member told RNS the church had no comment on the production. During a service, Pastor Roman Gutierrez admitted that the church had been contacted by a lawyer from hamilton and had deleted the videos.

“We had over 30 people saved between the two nights, and that’s really why we’re doing these pieces,” he said. “For people to be saved.”

The church website has links to previous church productions toy story, Despicable Meand The beauty and the Beastusing film footage of these stories.

Church Videos hamilton included a series of references to Jesus not found in the original play. In a scene between Hamilton and his wife, Eliza, she tells him it will be okay if he gives his life to Jesus.

“God is not the one I need right now,” Hamilton replies.

After the production — which included costumes and an extensive set that appeared to replicate that of the Broadway show — a pastor gave an altar call. He told people that no matter their difficulties, whether it was finances, addictions or homosexuality, God could help them.

The comparison of LGBTQ people to dependent people is irritating hamilton Fans. So was using a beloved show without permission.

It was tantamount to stealing, said lay commentator and writer Hemant Mehta, who posted about the church on social media. Church leaders should have been better informed, he said.

“Are you telling me no one involved in putting this show together asked the question, can we do this?” he said. 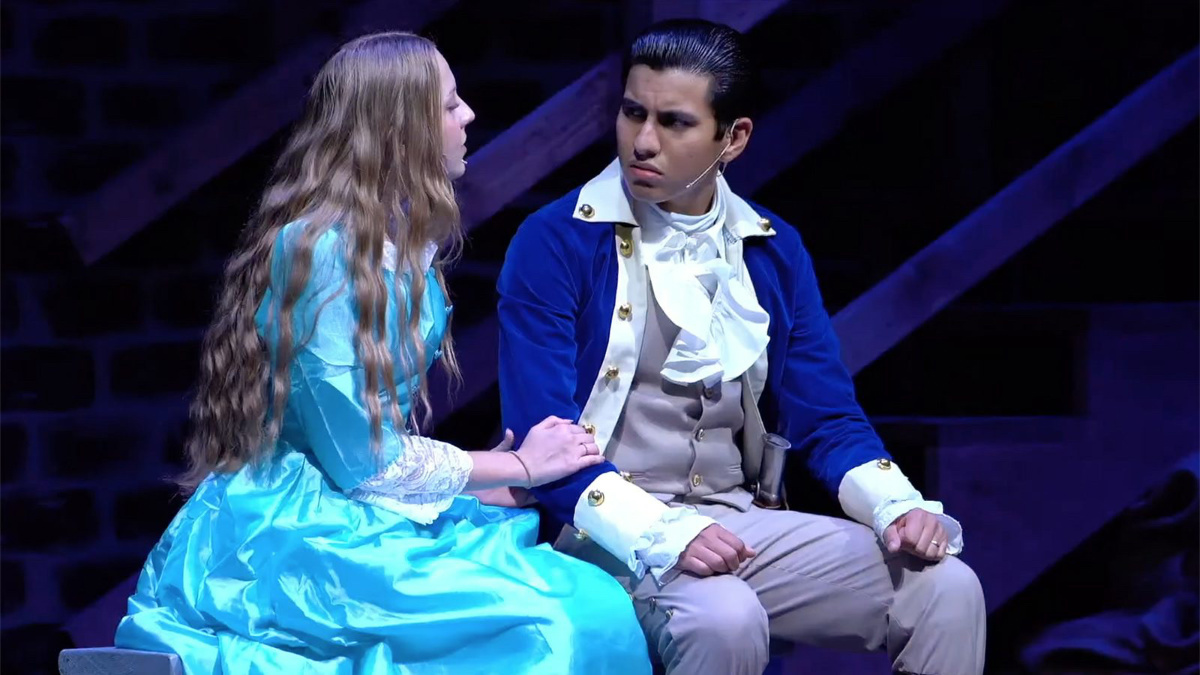 A scene between Alexander Hamilton and his wife, Eliza, in an unauthorized production of the musical ‘Hamilton,’ at the Door Church in McAllen, Texas. IMAGE: video screenshot

Jake Johnson, an associate professor of musicology at Oklahoma City University, said while there are serious ethical and legal issues involved, he was impressed with the sophistication of the church’s output. But he wasn’t surprised. Churches have long adapted pop culture works to spread their messages, he said. And they’re not above changing the text or even adding songs from other sources to get their point across.

The most extreme example, he says, is the Re-Sound music, a revamp of The sound of music promote the polygamous beliefs of the Fundamentalist Church of Jesus Christ of Latter-day Saints. This music, which still exists online, transforms a song called You alsooriginally sung by a father to his children in the film version of Chitty Chitty Bang Bang into a polygamous anthem.

A Canadian church is also known for creating Christian-themed plays based on popular films and musicals, including one titled The iron man’s passion, in which the Marvel hero is crucified while the villain Loki sings REM’s The end of the world as we know it. 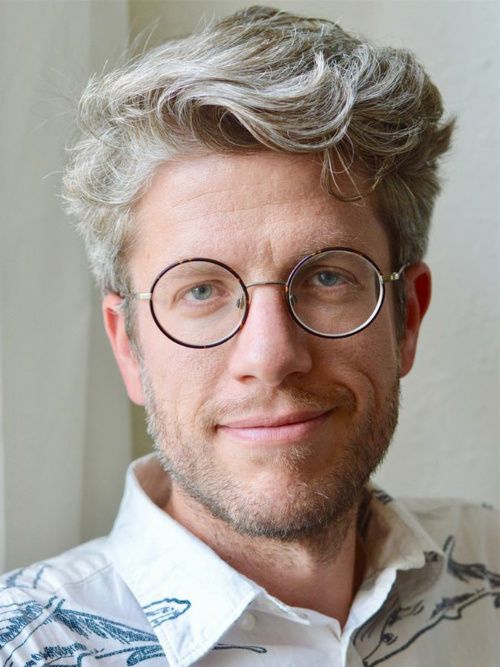 Musicals are also particularly suited for use by religious groups, said Johnson, author of Lying in the Middle: Musical Theater and Belief in the Heart of Americawhich examines religious adaptations of musicals.

“Musicals are almost always a kind of Christian narrative, in the sense that they’re about reconciliation and redemption,” he said. “Even though it’s not overtly about religion at all, the story can easily slip into that pocket of Christian idealism where everything works out in the end and the good guys win and the bad guys get defeated.”

Johnson also said the musicals appealed to a wide cross-section of American society, including theater audiences in liberal cities like New York as well as a red state like Texas. The church adaptation is a sort of homage to the power of musicals to bring people together, he said.

“hamilton is sort of a show in the mold of Jesus Christ Superstar and divine spell, which also began as radical new retellings of a familiar story,” he told RNS. “Given the popularity of hamiltonit’s almost inevitable that churches will try to reuse it, even in ways contrary to the show’s intentions.

Musicals can also be a way for churches and other religious groups to bring people together. For several years, Bethany Lutheran Church in Crystal Lake, Illinois, has presented musicals such as Joseph and the Incredible Technicolor Dream Coat and Mary Poppins.

The church pays for the performance rights to these performances, said worship and music director Ruth Ann Poppen, and sees them as a way to help church and community members develop their skills. music and their self-confidence – and to celebrate the talents of the community. Half the cast of a recent version of Mary Poppins came from outside the church.

“It’s a way for us to reach out to be more visible and bring people into our sanctuary outside of really regular worship services,” she said.

Howard Sherman, an arts administrator, writer and advocate, said churches and other groups can put on musicals if they get the rights. The Church of Texas did not do this, which he found concerning. Copyrights help artists earn a living and give them the right to control their own work.

“It’s a lesson that anyone with leadership ability, educational ability, or ethical ability should teach people, especially young people,” said Sherman, who tweeted the Texas play.

Mehta suggested, in the spirit of the musicals, a redemptive solution to this situation, allowing the church in Texas to make amends.

“I would like to see them make a significant donation to a fine arts program – it could be a way to make up for what they have done and allow everyone to benefit.”

This article contains an affiliate link.