• Salvadorans celebrated a dangerous but beloved festival by throwing fireballs at each other during nighttime revelry last week that blended religious and historical elements as masked participants dodged flaming projectiles and onlookers cheered them on. The annual festival took place last Wednesday night in the town of Nejapa, a short drive north of the country’s capital, San Salvador. It honors St Jerome, the Catholic patron saint of the hamlet, known as San Jeronimo in Spanish. Festival organizers prepared for the fiery spectacle by dunking 3,000 fabric balls in gasoline, double the normal amount, to mark the festival’s 100th anniversary and the first since the COVID-19 pandemic took hold. triggered event cancellations over the past two years. “It makes me really emotional, it’s a big passion for me,” said colorful-faced Nejapa resident Elmer Portal. “It’s our culture and it shows love for Nejapa.” The festival is believed to re-enact an epic battle between Saint Jerome and the devil. According to one version, the saint was deep in prayer when the devil started throwing fireballs at him to distract him from his devotions. St Jerome then retaliated, and after a violent firefight, the holy man was able to force the devil to retreat. Other versions of the story invoke volcanic eruptions centuries ago and the saint’s heroic efforts to guide the villagers to safer ground. During the festival, flaming balls littered Nejapa’s main road as mostly young men wearing thick gloves grabbed the fireballs before tossing them into the air to a lively soundtrack of trumpets, drums and xylophones . At least one person was treated by medical personnel for what appeared to be minor injuries. “Today we returned to celebrate with great fanfare from Nejapa for El Salvador and for the world,” said the city’s mayor, Jorge Escamilla. – WILFREDO PINEDA/Reuters 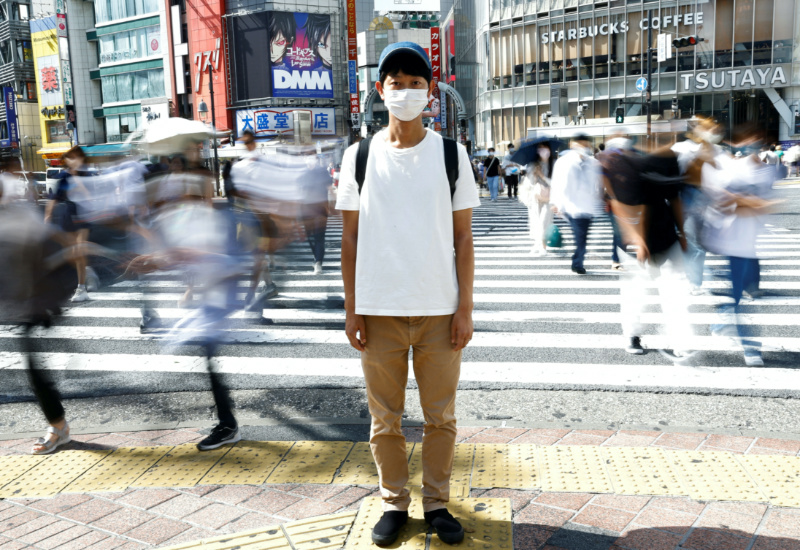 Shoji Morimoto, who charges 10,000 yen ($71.30) per reservation to accompany customers and simply exist as a companion, poses at Shibuya Junction in Tokyo, Japan, on August 31. PHOTO: Reuters/Kim Kyung-Hoon

• Shoji Morimoto has what some consider a dream job: he gets paid to do nothing. The 38-year-old Tokyo resident charges 10,000 yen ($71) per booking to accompany guests and simply exist as a companion. “Basically, I rent myself. My job is to be where my clients want me to be and not do anything in particular,” Morimoto told Reuters, adding that he had managed some 4,000 sessions over the four last years. With a lanky build and average appearance, Morimoto now has nearly a quarter of a million followers on Twitter, where he finds most of his customers. About a quarter of them are regular customers, including one who has hired him 270 times. His job took him to a park with someone who wanted to play on a swing. He also beamed and waved through a train window at a complete stranger who wanted a ride. Doing nothing doesn’t mean Morimoto will do anything. He has refused offers to move a fridge and go to Cambodia, and does not accept any requests of a sexual nature. Before Morimoto found his true calling, he worked in a publishing house and was often berated for “doing nothing”. “I started wondering what would happen if I provided my ability to ‘do nothing’ as a service to customers,” he said. The companionship business is now Morimoto’s sole source of income, with which he supports his wife and child. Although he declined to disclose how much he earned, he said he sees about one or two clients a day. Before the pandemic, it was three or four a day. As he spent a Wednesday doing nothing interesting in Tokyo, Morimoto reflected on the bizarre nature of his job and seemed to question a society that values ​​productivity and scoffs at pointlessness. “People tend to think my ‘doing nothing’ is valuable because it’s useful [for others]…But it’s fine to do nothing. People don’t have to be helpful in any specific way,” he said. – TOM BATEMAN and RIKAKO MARUYAMA/Reuters 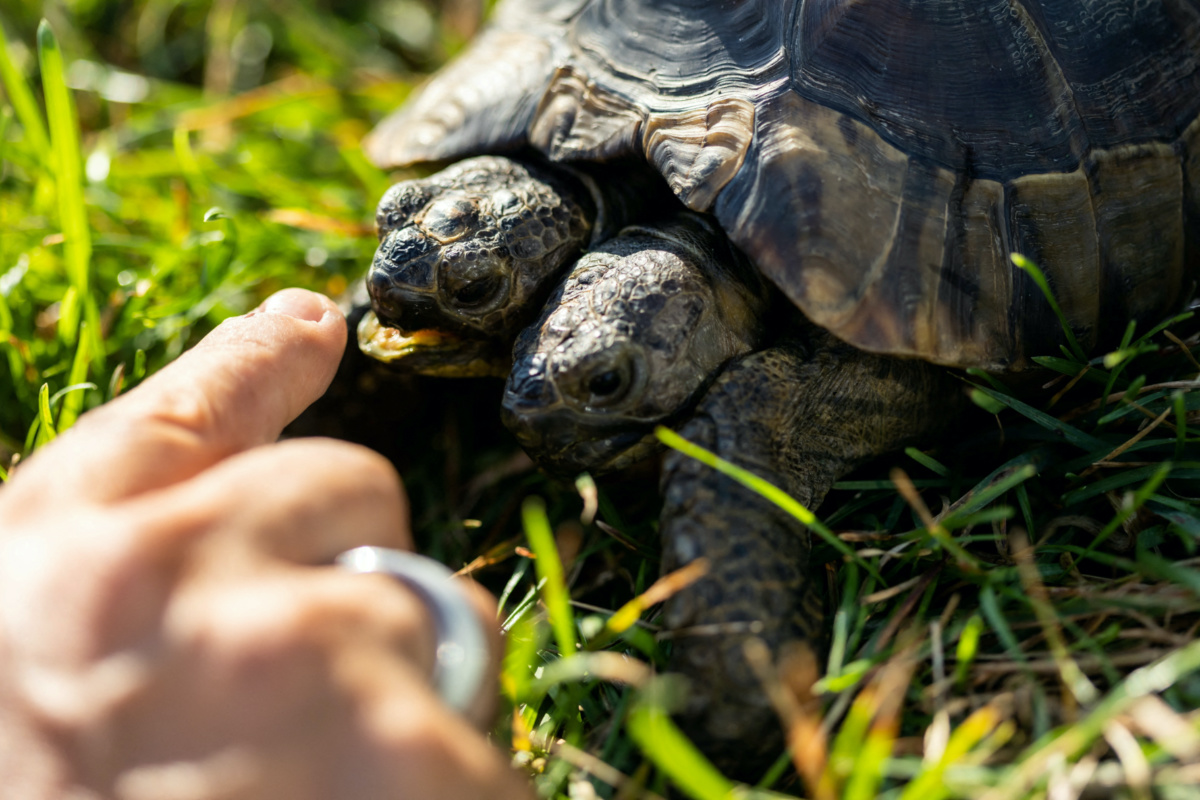 Janus, a two-headed Greek tortoise named after the two-headed Roman god, is seen a day before his 25th birthday at the Natural History Museum in Geneva, Switzerland, September 2. PHOTO: Reuters/Pierre Albouy

• Angélique Bourgoin strokes the shell of Janus the tortoise, whispers to him in a low voice as he rushes into his enclosure and – his two heads rubbing together – prepares to celebrate his 25th birthday. Janus, who also has two hearts, two pairs of lungs, and two distinct personalities, would not have survived long in the wild because he cannot tuck his head into his shell for protection from predators. But at the Natural History Museum in Geneva, where he hatched in 1997, Bourgoin and his team of caregivers – who believe he is the oldest two-headed turtle in the world – can meet all his needs. They feed him organic salad and give him daily massages and baths with green tea and chamomile. For exercise, he walks regularly, sometimes with music, and rides a custom skateboard. “I think it’s because of the care we gave him and our dedication that he’s still here today,” Bourgoin said. Janus, a Greek tortoise named after the two-headed Roman god of beginnings and transitions, also has a special holiday to look forward to this weekend. But not everything is simple. He is under constant surveillance in case he rolls over, which could be fatal, and survived bladder stone surgery in 2020. His heads need periodic treatment with petroleum jelly to prevent them from turning. do not become painful when they rub against each other. His two personalities also generate different moods and tastes which can sometimes lead to conflict, for example over which direction to take. “The right head is more curious, more awake, it has a much stronger personality. The left head is more passive and loves to eat,” Bourgoin said, adding that one head was fond of endives and the other carrots. . – EMMA FARGE and CECILIA MANTOVANI/Reuters