Pastor Dan Haugh welcomed 21 new members to his congregation on Sunday morning. Six months ago, he welcomed 19 others to Stowe Community Church.

While other northern Vermont places of worship are shrinking, this non-denominational church has grown more than 80% since the COVID-19 pandemic began in 2020.

Across the country, in Spokane, Washington, Faith Bible Church — another non-denominational congregation — has seen an 18% increase in churchgoers since January and, during the pandemic, has had enough newcomers to plant two new churches.

“We’re definitely seeing growth,” said Dan Jarms, teaching pastor at Faith Bible Church. “I think it’s partly a rebound, people coming back who were staying away, but we’ve had a lot of new growth.”

“We are definitely experiencing growth. I think it’s partly a rebound, some feedback from people who stayed away, but we’ve had a lot of new growth.

About 800 people fill the shrine there on Sunday mornings.

Between 2010 and 2020, nondenominational churches grew by two million attendees and 9,000 congregations in the United States, according to the 2020 US Religion Census, which was released earlier this month. The USRC is published every 10 years by the Association of Statisticians of American Religious Organizations.

Nondenominational churches now make up 4% of the U.S. population and are the nation’s third-largest religious group after Catholics and the Southern Baptist Convention.

The Catholic Church has more than 61 million adherents, and the Southern Baptist Convention has the most congregations, with 51,000.

This boom in nondenominational churches comes as no surprise to Scott Thumma, director of the Hartford Institute for Religion Research, who began studying religion in the late 90s.

“I saw the non-denominational growing and none of my colleagues were paying much attention to it,” he said.

Thumma grew up in an independent Baptist church and said over the years he had attended other independent congregations and studied mega-churches.

“I knew they were similar but also different from the typical evangelical church,” he said. “I was also certain that they would continue to grow rapidly, and this congregational identity would become more popular over time due to the growing individualism of American society.” 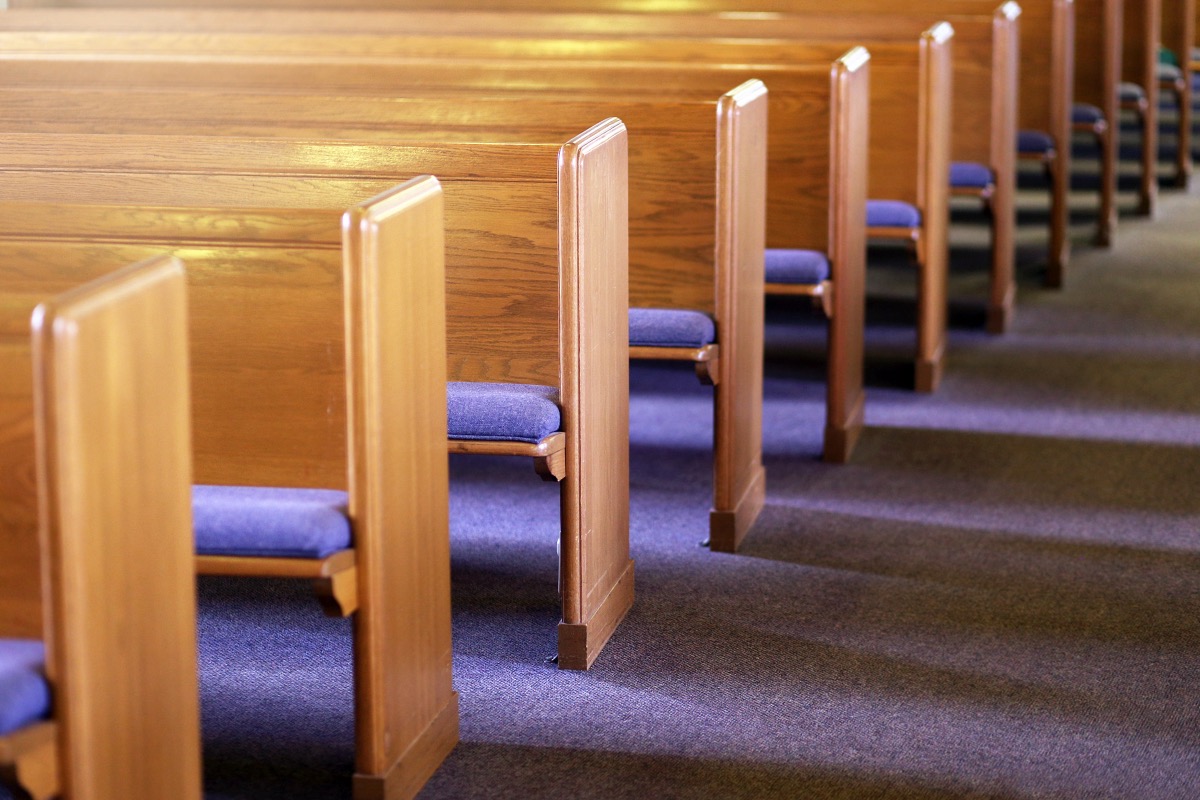 Haugh said he agreed that Autonomy is a draw.

“We come to discern what is best for our local church, what works for us,” he explained. “We are not locked into one program or certain theological views or social issues.”

The Stowe Community Church, which has 150 people on Sundays, has diverse political outlooks, the pastor said. And that’s okay, he added — it works when the congregation is an independent community.

“We are more focused on what we have in common, what we share, than on what might divide us,” he said, noting that what brings the church together is “God’s unconditional love and the embrace of all”.

He describes the church as “interdenominational,” which he says is a growing trend. Whether worshipers come from Congregational or Nazarene roots is accepted, he said.

“You don’t have to leave your tradition at the door,” Haugh said.

Although most non-denominational churches identify as evangelical, Thumma notes that there are theological differences between independent congregations. Some are more progressive than others, for example.

For example, non-denominational churches tend to be larger in terms of seating capacity.

The clergy is predominantly male, younger and less educated, with 30% of them having a master’s degree in theology, compared to 47% of the evangelical clergy.

Meanwhile, those in the pews of nondenominational churches are younger and tend to have more college degrees than those in an evangelical church.

“This multiracial reality is an intentional commitment for many nondenominational churches,” he explained, noting that when asked in the FACT study, 48% of congregations “strongly agreed” that they are strived to be racially, ethnically and ethnically diverse. socially, compared to 21% of denominational evangelical churches. 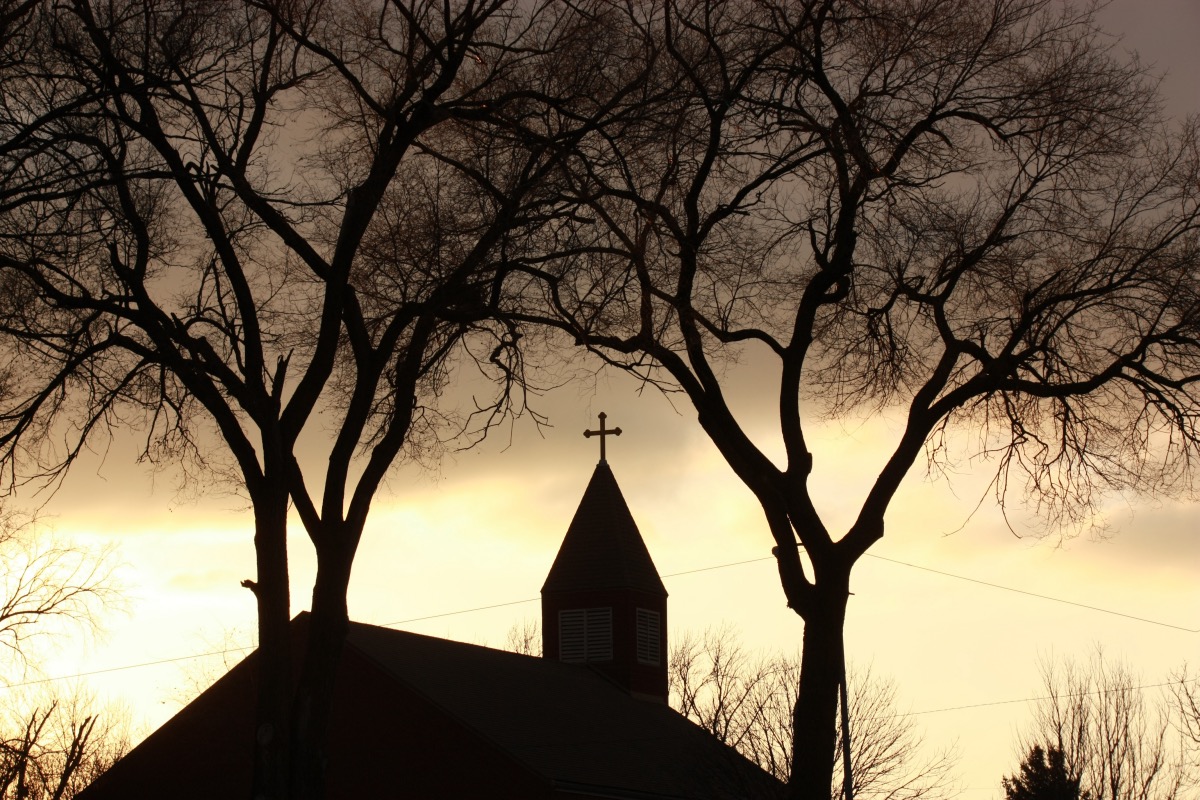 After trying out various churches, Savannah Tranchell recently started attending The Vine Church in Pasco, Washington, with her husband and nine-year-old son and said the congregation is more diverse than others they’ve visited.

Her husband grew up in The Church of Jesus Christ of Latter-day Saints, and she has described her childhood religion as “adjacent Baptist.”

They were looking for a Christian church but had trouble finding one that suited them.

“We tried Nazarene, ELCA, a gender-affirming church, and what we found was that denominational churches are almost archaic with hymns, no electronics,” she said.

The Vine is a mix of modern and acoustic worship.

Most non-denominational churches describe their worship as “innovative”, with the majority having informal services with projection screens and contemporary music.

Besides the music, Tranchell said the nondenominational church is appealing because the community has “local control over what matters to you, not your home office.”

She added that many major religions seem to be steeped in values ​​that don’t necessarily reflect community.

At first, Tranchell found a larger evangelical church that her family attended for a time, but it seemed too big and too conservative.

Tranchell said The Vine, which has around 100 attendees, is egalitarian. The church is led by a husband and wife team who share leadership equally.

“Men and women are equal in sight… They teach together every Sunday. We thought that was really cool,” she said.

In the few months she was there, she said she saw other new families join as well.

Thumma said in his research that he also discovered that many denominational churches were beginning to break away from their affiliations.

“This increase in the number of congregations openly asserting their independence is just the tip of the iceberg. I argue that a large number of denominational churches have also become functionally non-denominational,” he said.

According to a 2015 FACT survey, 2.3% of churches said they had become independent in the previous 10 years, and another 0.5% had “seriously considered” it.

He said this is largely because decisions about resources, literature, teaching materials, worship music, mission, what to support and other issues are more moreover taken at the local level rather than at the headquarters of the denomination.

“Authority for the life of the denominational church becomes housed within the church itself with less regard for the authority of the larger body, the external entity,” he said. “More churches operate as if they were isolated entities with less respect for conference ministers, bishops or denominational statements, rules, literature and materials, etc.”

Census data could confirm his speculation, as many traditions are in decline, such as the United Methodist Church and Southern Baptists, which both dropped by about two million adherents from 2010 to 2020.